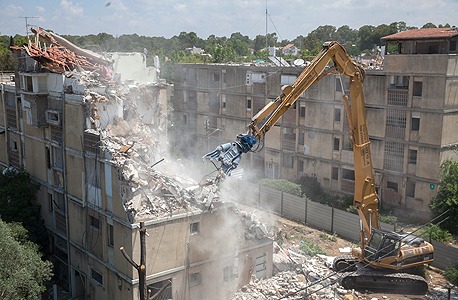 500,000 Israelis gathered to demand ‘Affordable Housing’ in the 2011 Social Protests, highlighting the high costs of home ownership and the exigencies of renting on the private market. Between 2002-2014, housing costs rose by 53%, and rents increased 15%, (Source: Israel B.O.S.) with stronger rises in the employment-rich Tel Aviv and Jerusalem metropolitan districts. In 2014 The Bank of Israel reported that the average earner will pay 148 monthly salaries to buy a home, among the highest in the OECD. 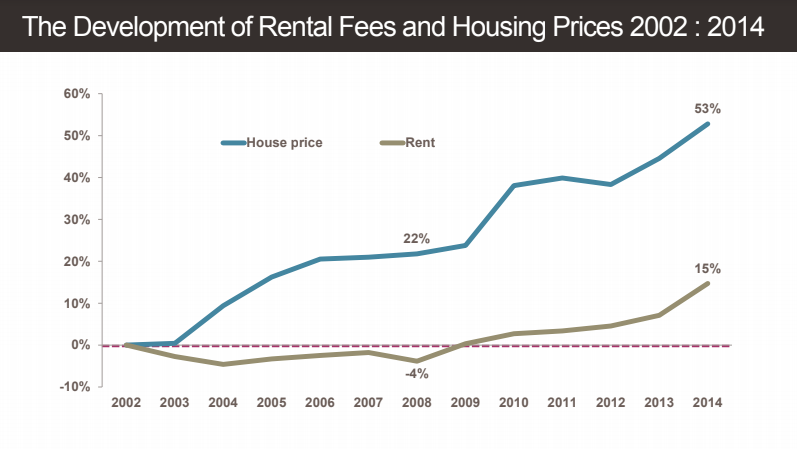 The government responded by forming a Housing Cabinet and charged it  with finding ways to increase the supply of new homes, and decrease the cost to first-time purchasers.


The Housing Cabinet released the National Strategic Housing Plan in 2017. The primary goal is  to double the number of homes  by 2040, to meet the high population growth -- nearly three times that of the OECD average, at 2% annually (according to the OECD). Many of the new neighborhoods are built on publicly owned land adjacent to  employment centers and/or rail lines, and often feature apartment buildings of 15 to 30 stories, aimed at first-time buyers, moderate income families with children.

Park haNachal neighborhood in Be’er Sheva is a “Machir l’Mishteken” neighborhood, meaning the government sold the land to the developer that promised the lowest housing prices, instead of to the highest bidder.

On the rental housing front, there has been little progress: there is almost no long-term rental housing in Israel, and nearly all the rental housing - about 27% nationally but as much as 50% in Tel Aviv and 40% in Jerusalem - is owned by private individuals and rented on one-year leases with no regulatory mechanisms for rental increases.

Government policy has supported an increase in the budget for public housing, reversing a decades-long trend of budget cuts and sale of public housing to sitting tenants. Currently about 60,000 families (under 3% of the population) live in public housing, and new budgets aim to purchase and repair  about 1000 more homes over the next decade. An additional 160,000 households receive some amount of rental assistance, used to pay private sector landlords.

A new ‘affordable housing’ legislation was passed by the Knesset in February of 2018, allowing cities to award up to 25% additional building rights for developers who agree to allocate at least 25% of those new units to long term ‘affordable’ rental housing. The legislation differs significantly from similarly titled inclusionary housing/ affordable housing legislation in many cities in North America and Northern Europe: the cost of the ‘affordable rental’ housing is priced at 20% below market rate, and not relative to the tenant’s income, and allocation, by lottery, is open to all those who don’t own a home, with no income-test to determine eligibility.

Israel has two main housing strategies for densifying existing areas, grouped under the Hebrew for “Urban Renewal”:  Pinui Binui and TAMA 38.   Together, these are intended to supply up to 30% of new homes in the coming twenty years (source: Ministry of Housing 2017-2040 Strategy) Pinui Binui, or “Raze and Rebuild”, promotes developer-led densification of low-rise areas: homeowners are encouraged to sign contracts allowing developers to demolish their old flat and replace it with a larger new flat with earthquake protection, a bomb shelter and an elevator, among other amenities. Developers fund the replacement homes through building rights for triple - or even seven time as many - new flats.

“Pinui Binui”  was promoted by government as a  “win win” proposition, with the homeowner receiving  a newer and larger apartment, more efficient use of urban land, and developer profit. One key critique looks at the impact on the low-cost rental housing stock, and the displacement of low-income renters: the buildings slated for demolition are often home to a disproportionate share of renters, typically ranging from 40% to as high as 80%, and these will be unable to afford the higher rental rates in the new, larger, and more luxurious buildings. A second critique concerns the high monthly and long-term operating costs of high-rise housing, and the potential for deterioration. A third critique notes that the lack of a budget for public amenities needed to service the new residents:  profits from the additional building rights are split between the private homeowners and the developers, with very little revenue accruing to the city or the national government.