When you think of your favorite place in your neighborhood or town, what comes to mind? Chances are it’s somewhere familiar, personal, and unique. In today’s modern cities, these spaces can be hard to find. Cities and neighbourhoods can feel large and impersonal, suppressing any sense of belonging.

Placemaking is a strategy that attempts to do just that - create unique and personal elements that enhance a feeling of belonging and ownership over communal spaces.

Placemaking is also characterized by its simplicity. Placemaking projects are often small scale and frugal in their use of resources. The best projects need little to no investment, grow organically, and perpetuate direct communication between decision makers and community members, adjusting the project as community needs evolve.

The Jerusalem “Making Places” program has been expanding   each year since 2016, and now includes over 70 community initiated projects in neighborhoods throughout the city. Images of these projects can be viewed here. The program was jumpstarted following  workshops with PPS  with the Urban Clinic a team of student interns (see here), and is  now brilliantly  led by the municipality’s economic development company  (EDEN) and the Community department and  managed by the super-creative and invested DY planning consultants, Dana Gazy and Ytav Buseira.

Each year,  the city releases an annual call for proposals to implement and budget,  and community groups submit their visions of place transformation, including place-based activities. Images for many of these  projects, and the placemaking leaders behind them,  can be seen  here. For videos of individual placemaking leaders see, among many others: 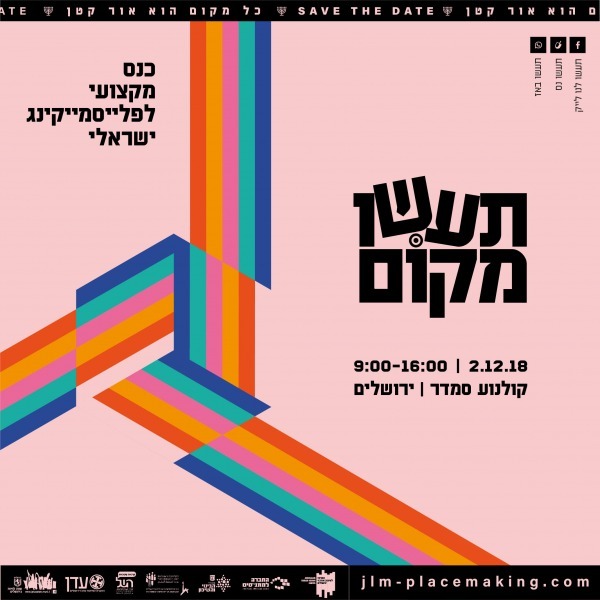 For lectures by members of the Urban Clinic:

Placemaking at the 2017 Israel Urban Forum in Acco

A National Placemaking Network for Israel